You are here: Home / Productivity / How To Schedule Your Day As A Freelance Writer

It begins innocently enough. You turn on your computer to do something that will help boost your freelance writing game. You think: “I’m gonna finally write that blog post I’ve kept putting off!”

Thirty minutes later, you’re clicking on cat videos. An hour passes by and you’re now buying things online. By noon, you look up and realize it’s time to make lunch.

You mentally punch yourself in the face for letting half the day go without doing anything productive. By the end of the day, you’re left struggling to squeeze in whatever’s left of your free time to get even close to the work you want to get done.

This used to be me for a long time. Eventually, I learned that I kept getting sidetracked because there was no one to tell me what to do. I thought, “Where’s a bossy boss when you need one?” You know — the kind of boss who makes you jump in your seat when he hovers behind you?

Nope. The beauty and curse of freelancing is that you don’t have a boss. While that’s generally a good thing, it can be a bad thing when it comes to being productive.

So what’s an easily-distracted freelancer to do?

Make a different kind of boss. It’s called a schedule.

I know what you’re thinking: scheduling doesn’t work for you. I’ve been there. It took me a while to take my schedules seriously. But I did and wonderful things started to happen.

So I won’t tell you what to do with your day (I may, a little bit), but I will tell you how to create a schedule that is realistic and effective.

Start as early as you can

I’ve read about this online and it says that your day would be so much better when you get the important thing done first as early in the day as you can.

It makes sense, because once you write a blog post, send a pitch, work on your site, then you can spend the rest of your day with less apprehension. You can take a break, go out for a walk, do the laundry — all without some unfinished task hanging over your head.

Do you schedule a task and think: “I’m gonna get this done in two hours,” so you add another task below it? And another one after that?

Another problem with scheduling is that we underestimate or overestimate the time required to finish a certain task. Thinking that you can write a 1,000-word article in under two hours might not be accurate. Does it include the time you need to do research?

Use a timer to track how much time you spend for a task so you know exactly how long it takes you. Using your phone’s timer is fine, but a time-tracking app like )) has more features you might need (like pausing and resuming the timer).

We are all people living busy lives. There will always be something more urgent than our work.

So instead of scheduling an eight-hour day pretending there’s no chance that something else might come up, try making an hour or two free for these unforseen events.

When you set aside some “emergency time” then your schedule isn’t thrown off balance when an emergency does happen. When it doesn’t, then I guess you have two extra hours to binge on that show you’ve been dying to watch.

If you have a writing deadline, then it should be the first on your to-do list. I always schedule finishing a draft a few days before the deadline in case of life getting in the way.

Classify your tasks according to priority: High, Medium, and Low.

Writing and other client work are obviously high priority, while updating your social media account is either medium or low priority. When you see your tasks with priority labels, it’s easier to understand which ones need most of your attention and which ones you can skip and schedule for another day.

Don’t feel like doing research today? Then tell yourself there’s a Starbucks coffee drink waiting at the end of the task. Or an episode of The Good Doctor. Or pizza. Whatever lights up your eyes when you think of it.

It may sound silly, but it’s incredibly powerful.

I know this because it’s the best way I get to have fun without feeling guilty. In fact, I’ve taken this reward thing up a notch by making a reward chart and posting it on my wall. I list the big tasks for the day, then when I get it done, I put cute stickers on them.

The more stickers I have in a day, the bigger the reward. How’s that for motivation?

What do I mean by that?

Well, it’s hard to admit but most of us create to-do lists like we’re going to the dentist. We don’t want to go through with it, but we go because we have to.

What would it be like if you write down your tasks and be excited to do it? Not because you need to get it done, but because you look forward to doing it?

Just by changing your attitude towards scheduling, you can affect the way you accomplish tasks. If you look at your tasks and you feel a sense of dread, then scheduling might do harm for you than good.

On the other hand, if you feel enthusiastic about your tasks, there’s 100% chance that you’re going to get them done in time.

Some people can stay focused doing a single task for an hour but for most of us, it’s a challenge to sit still for more than just 20 minutes.

If you’ve been freelancing for a while now, you probably know how you work and what helps you focus. With this information, create a schedule that is realistic and applies to your workflow.

For example, I write a single article several times during the week. I don’t finish it in one sitting. I do two or three paragraphs in the morning, then four more in the afternoon, then five or six more at night. The reason for is that my mind is sharper at night compared to mornings and afternoons. Also, there are less distractions when everyone at home are in bed.

So observe your work patterns and make your schedule to fit it, not the other way around.

I used to list six tasks to complete during a day. To my dismay, some tasks were always left undone and scheduled for the next day. I felt guilty and beat myself up, thinking I didn’t move fast enough to check all items on the list.

Later on, I realized it wasn’t my fault. With the kind of life I have at home, it’s nearly impossible to finish six work-related tasks in a day when I had five domestic ones. There simply were not enough hours in the day.

Now I maintain a minimalist (and realistic) approach when making schedules. I think of two work-related things and schedule them for a specific day. I only list a maximum of four work-related tasks in a day. Some of these tasks are listed every day for a week until it’s finished.

Are you listing too many tasks in your calendar? Then try taking off some of them and see if it works.

Write it down or type it in?

There are two ways you can make your schedule. One is with pen and paper and the other way is to download a calendar/to-do list/project management app.

Whatever method you chose, make sure it’s something you really like using. There’s no point signing up for Evernote if you prefer using a pen and notebook. That’s shocking to digital folks, but I know some freelancers who write down stuff the old-fashioned way.

As for me, I like seeing my tasks on my phone and my web browser, so I use TickTick. I know there are tons of other apps like this one, so feel free to find one that gives you features that you actually need.

But sometimes, I don’t have my phone and I’m not in front of the computer, or there’s just something I need to write that’s not necessarily a task. For these instances, I write with pen and paper.

The right way to schedule is always one that makes sense to you. Don’t make it more complicated than it should be.

The last piece of advice I can share is that don’t feel bad if you don’t check all tasks on your schedule. You can always try again the next day. These small hiccups are nothing to be worried about, and they’re the only way you’ll learn how realistic (or unrealistic) your schedule is.

The important part is that a schedule will lay down your tasks for the day so you’re not idly going by your day with no clue what to do next. With a well-planned schedule, you can discipline yourself into working first and watching cat videos last.

Hey there! Welcome to my blog. I'm a freelance writer and editor who loves technology and the freelance lifestyle. On this blog, I share my experience and knowledge in growing a profitable freelance writing business. 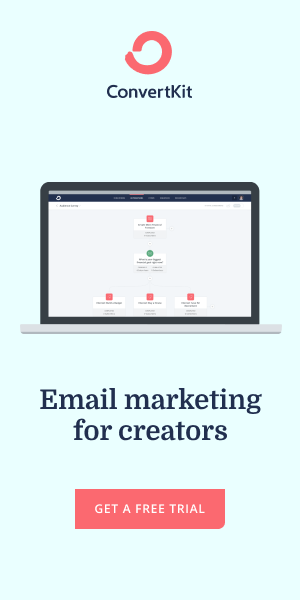